Day 4 in Tanzania and I’m sitting here in the small courtyard of the guest house bungalow that separate the living quarters from the showers and bathrooms (a squat toilet at that!) in the late afternoon. A gentle cool wind blows, slightly disturbing the wash on the clothesline but providing a nice relief, counterbalance to the warm African sun. Strange bugs buzz by against the backdrop of distant other sounds, unidentified but I’m sure they are some type of birds. Almost as if singing in a cacophonous opera.

Palo Alto, Saratoga and California seem so far away. Not just in distance but in consciousness. Life in this little corner of Tanzania seems so basic and unadorned but with a certain elegance and simplicity that makes you wonder what all that complexity in our lives are for.

Today we were at Ufani Primary school working on the foundation of the new teacher’s quarters. We were moving dirt and rocks to fill in the foundation with shovels and pickaxes. No backhoe, no cement mixers, nothing powered or mechanical - only ourselves, with the local village folks. It was an amazing sight - us Karimu Foundation volunteers (both the students and the older folks like me) working side by side with villagers; men, women and children were all pitching in. 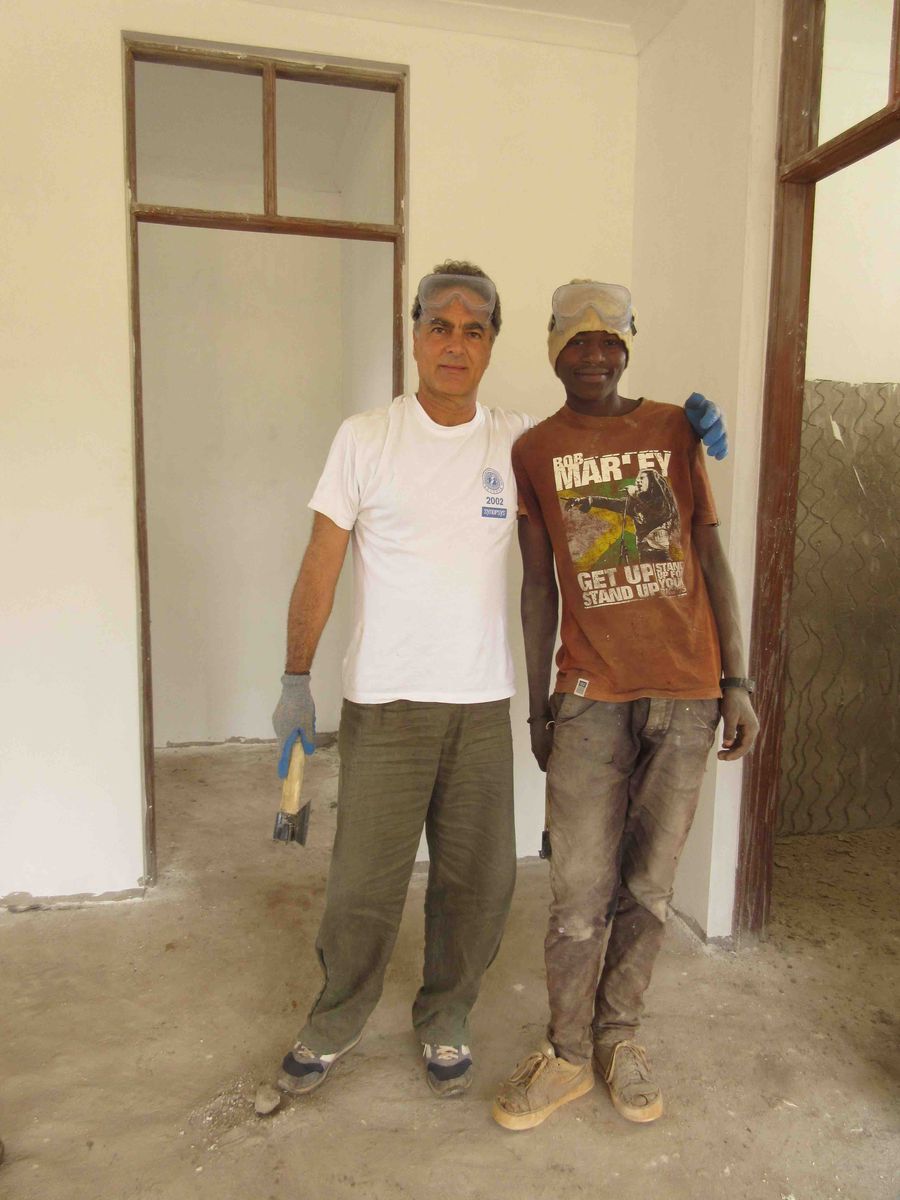 Some used the pickaxes to break up the dirt and rock from the side of the hill, some shoveled the dirt and rocks into buckets, others were in the fire-brigade line passing the buckets to where the dirt/rocks were dumped into the foundation, and the remainder passed the buckets back to be refilled. Tanzanians and volunteers from all over the world were interspersed side by side, and when one person got tired, others would jump in or positions would be swapped without regard of country of origin.

Despite the language difference, we communicated by gestures, a bit of random Swahili words and English - but it all worked. In the process I picked up a few words, like pole pole, which means ‘slowly’, but can also mean careful or sorry when used just once, and picked up a sense of starting to understand what life is like here. Community plays such an important role in society, that well-being is perceived as something to be achieved collectively. Hence nothing could be more natural than for villagers to come help at the construction site. 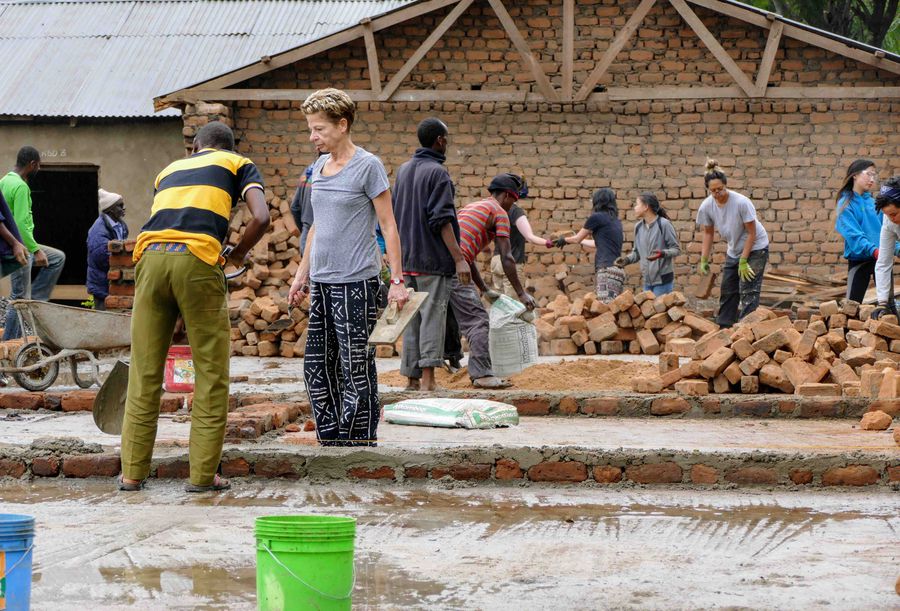 I can’t wait for more to be revealed as we progress with this journey. Yes, we are here to help the villagers of Bacho, but I get a sense that, by the end, I’ll have also learned from and been inspired by the villagers, with their tenacity for life and overcoming the basics of living that we don’t really think about and take for granted. Going through these experiences with my fellow volunteers and the leaders from Inspire Worldwide, with their sense of adventure and compassion and purpose, I feel doors opening in my mind that had been long shut and atrophied.